A Reliable Solution for Debt Collection in Colombia

At HMH Legal, we help you collect your outstanding debt in Colombia quickly, without incurring court and legal fees.

Does debt collection in Colombia seem like a waste of time?

At HMH Legal, we know you want to confidently collect your commercial debt in Colombia, but at the end of the day, it feels like debtors can simply walk away without paying, while you are powerless to stop them from outside of Colombia.

If you have an outstanding debt to collect anywhere in Colombia, you shouldn’t feel powerless. We can help collect your debt amicably. 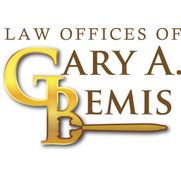 Robert Tyler, Director
Law Offices of Gary A. Bemis, APC
“HMH Legal first demonstrated broad knowledge on our problem of overdue accounts and the limitations we were facing in trying to collect. However, they immediately suggested different alternatives to reinforce our documentation, and to quickly initiate different actions for better negotiations with our debtors. We feel comfortable with the progress we’ve made, and we are at ease knowing that we will have we will get an immediate response when a particular need arises. ”
Santiago Tommasi, Treasury Director LATAM
Donaldson Company, Inc.
"What surprise me the most was their quick response and that they are always willing to find a solution in order to mitigate risk, providing detailed explanation about a particular situation, solution, action plans, etc." 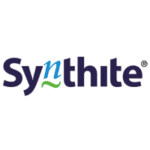 Why HMH Legal for your debt collection in Colombia?

Our amicable approach to debt collection is far faster and more efficient than more aggressive methods and preserves business relationships for the future.

When amicable collections are no longer an option, we are ready to escalate your claim through the courts by our experienced litigation lawyers in Colombia.

We know Colombian culture and we approach your debtor in a respectful but strong and effective manner. Our lawyers in Colombia will quickly visit your debtor to begin discussions.

20+ years' experience on commercial debt collection with focus on cross-border or international claims.

Collect unpaid money successfully with no hidden costs or undue risk. You don't pay any fees if we don't collect.

We focus exclusively on protecting creditors, by securing credit transactions and collecting their debt.

At HMH Legal, we know you want to feel confident about doing business in Colombia. This requires a reliable solution for protecting you as a creditor.

Most international businesses have two challenges with selling on credit to Colombian companies:

Following our success in protecting creditors in Mexico, for the past 10+ years we have focused on creating solid partnerships in Latin America to assist our clients in the region. In Colombia, we have partnered with reliable law firms and lawyers in Barranquilla, Bogotá, Cali, and Medellin, who fully share our mindset, work ethic, and philosophy of full creditor protection. This has allowed HMH Legal to assist international companies confidently do business in Colombia by collecting outstanding debts amicably and through the courts.

If you are doing business in Colombia or trying to sell to the Colombian market, or have outstanding debt to collect in Colombia, you shouldn’t feel powerless. We can assist and give you ease of mind by securing your transactions and collecting your debt.

Are courts in Colombia reliable and effective to facilitate collecting debt through litigation?

The Rule of Law Index 2021 from the World Justice Project has ranked Colombia #86 out of 139 countries and jurisdictions in the world, as it pertains to civil justice. Within the region, it ranks #19 out of 32 countries, which is just above average. According to the Guide on Doing Business 2020 from the World Bank, Colombia ranks #177 out of 190 countries surveyed, regarding its indicator on enforcement of contracts. This indicator measures the time and cost for resolving a commercial dispute through a local first-instance court, and the quality of judicial processes index, evaluating whether each country has adopted a series of good practices that promote quality and efficiency in the court system. (Thus, the indicator does not account for an appeal process or petition for review through the “tutela” action, as well as execution, which would add significant time for a creditor to achieve its goal of enforcing its contract.) According to this indicator, in Colombia it takes 1288 days to enforce a contract (through first-instance), and litigation costs around 45.8% of the claim value. The time it takes to enforce a contract in Colombia should be compared to the average time it takes in the region (Latin America and Caribbean), which is 774.2 days. As such, the performance of Colombia courts is well below average.

Any strategy for litigation in Colombia for collecting debt or enforcing contracts should be analyzed and decided jointly with your local lawyer or law firm, who can better inform about current practices of local courts in different places across Colombia, as well as efficiency and effectiveness. Creditors should consider effectiveness and efficiency of such local courts in their debt collection efforts and especially, while negotiating and settling such claims.

What qualities should I look for in a collection firm to enhance the likelihood of collecting my commercial claim in Colombia?

First, you must keep in mind that collecting a commercial claim is different than collecting large volumes of consumer claims, which merits a different treatment. A commercial claim arises out of business-to-business (B2B) transactions. Creditors will usually have one or a few outstanding claims in the thousands of dollars against other companies, as opposed to having a multitude of small amount claims against individuals (consumers), which usually happens in consumer collection. Thus, the treatment of a commercial claim is much more complex and the approach by the collection firm is key for success. If you are partnering with a collection firm to handle your commercial claim in Colombia, you should make sure that the following qualities are met by the firm:

What places does HMH Legal cover in Colombia?

HMH Legal provides debt collection and litigation services throughout Colombia, covering cover all major cities such as Barranquilla, Bogotá, Cali, Cartagena, Medellin, etc. Our services to secure transactions and mitigate risk, including due diligence investigations and credit reports in Colombia, are provided throughout Colombia through our main partners in Bogotá and Barranquilla.

How does HMH Legal approach or conduct debt collection in Colombia?

Here’s how it works: When a client submits a claim for collection, our lawyers immediately review their claim to mitigate risk, and assess the situation of the debtor, to identify strengths and weaknesses and know what leverage we have in the negotiation. Then our lawyers then reach out to debtors throughout Colombia and knock on their doors for amicable but strong collection efforts. During collection, we target claims that merit legal action and advise clients accordingly. This “SMART” collection process allows us to bring results to our clients consistently.

How much does HMH Legal charge for debt collection services?

Amicable debt collection (collection out-of-court) is offered based on a pure or total contingency fee, which is known as a “NO WIN, NO FEE” fee arrangement. That means that if we don’t collect money from your debtor, we will not charge you anything. Our contingency fee varies depending on the age and dollar amount of the outstanding claim that is placed for collection.

How can I retain HMH Legal to begin debt collection in Colombia?

It is simple. If you need help with debt collection you can simply submit your claim through our online form. For all other matters (or to discuss debt collection as well) you can speak with one of our lawyers about your case, through a free consultation. After our consultation, we will provide a quote, along with services or placement letter to move forward.

What are the most critical steps that creditors should take to position themselves for collection of their claim and to avoid losses?
How can I obtain a credit report from a company or individual in Colombia that I intend to do business with?

Data Crédito is a company authorized by the Colombian government to gather and store the credit information of individuals and companies in Colombia. Data Crédito allows you to buy the credit report of a person or company in Colombia by requesting their authorization via email. You can directly request and buy these credit reports through their website at Data Crédito Empresas for reports on companies, or we (HMH Legal) can assist with such reports. For more information feel free to schedule a call and talk to our lawyers.

Will Colombian courts recognize and enforce a foreign arbitral award against a Colombian debtor?

Yes. While foreign arbitral wards are subject to enforcement proceedings, Colombian courts will generally recognize and enforce foreign arbitral awards. Colombia is a party to the 1958 New York Convention on the Recognition and Enforcement of Foreign Arbitral Awards, and the 1975 Panama Inter-American Convention on International Commercial Arbitration. In addition, Colombia enacted Law 1563 of 2012, also known as the “Arbitration Statute” (which was influenced by the 1985 UNCITRAL Model Law on International Commercial Arbitration, including its 2006 amendments), which has expedited and streamlined enforcement proceedings, to the point of excluding the formal exequatur procedure required for enforcement of foreign “judgments” (from “judicial” courts).

The Supreme Court of Justice in Colombia has generally recognized foreign arbitral awards under the Arbitration Statute, so arbitration is a safe option for foreign creditors looking to opt for arbitration as a dispute resolution method with their debtors in Colombia. In other words, it is safe to include an arbitration clause on contracts of sale or loan agreement with Colombian buyers or debtors, even if the seat of arbitration is in the place of the creditor, outside of Colombia.

Making credit sales in Colombia feels like too big of a risk. Our law firm gives you a reliable solution for debt collection and helps you prevent further issues so you can engage the market with confidence.